The King's Daughter is an action adventure fantasy film based on the novel by Vonda McIntyre titled The Moon and the Sun.
The Kings quest for immortality leads him to steal a mermaid's life force, a move complicated by his illegitimate daughter's discovery of the
creature. Directed by Sean McNamara, the main location for principal photography of the film  was the Palace of Versailles in France. 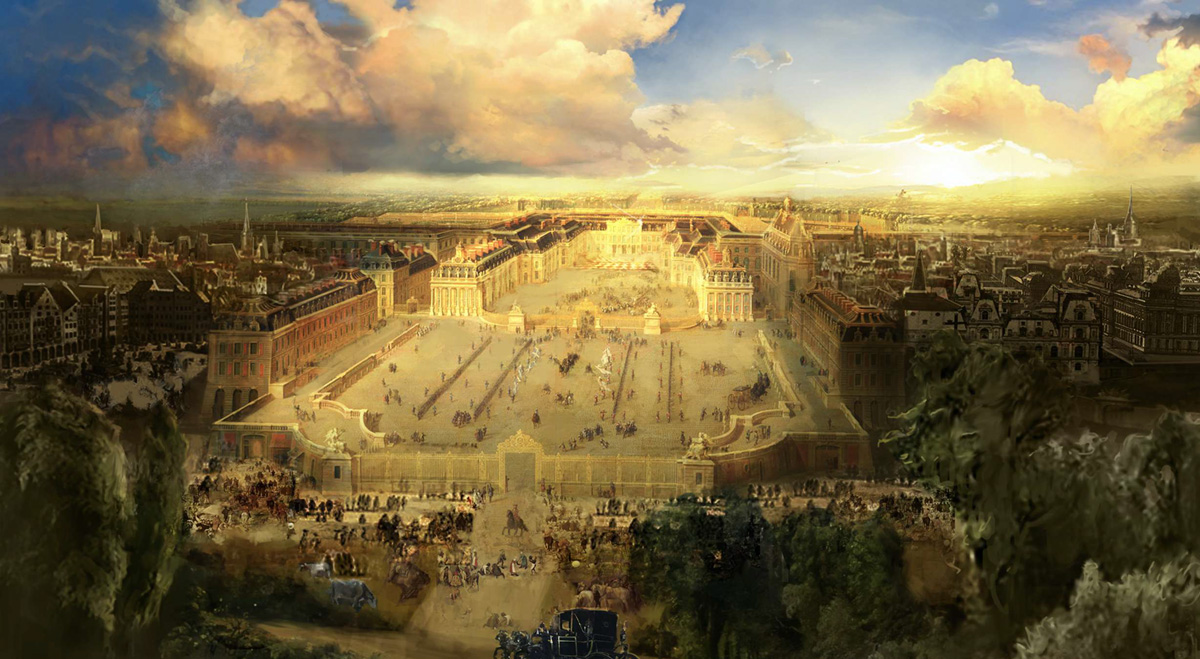 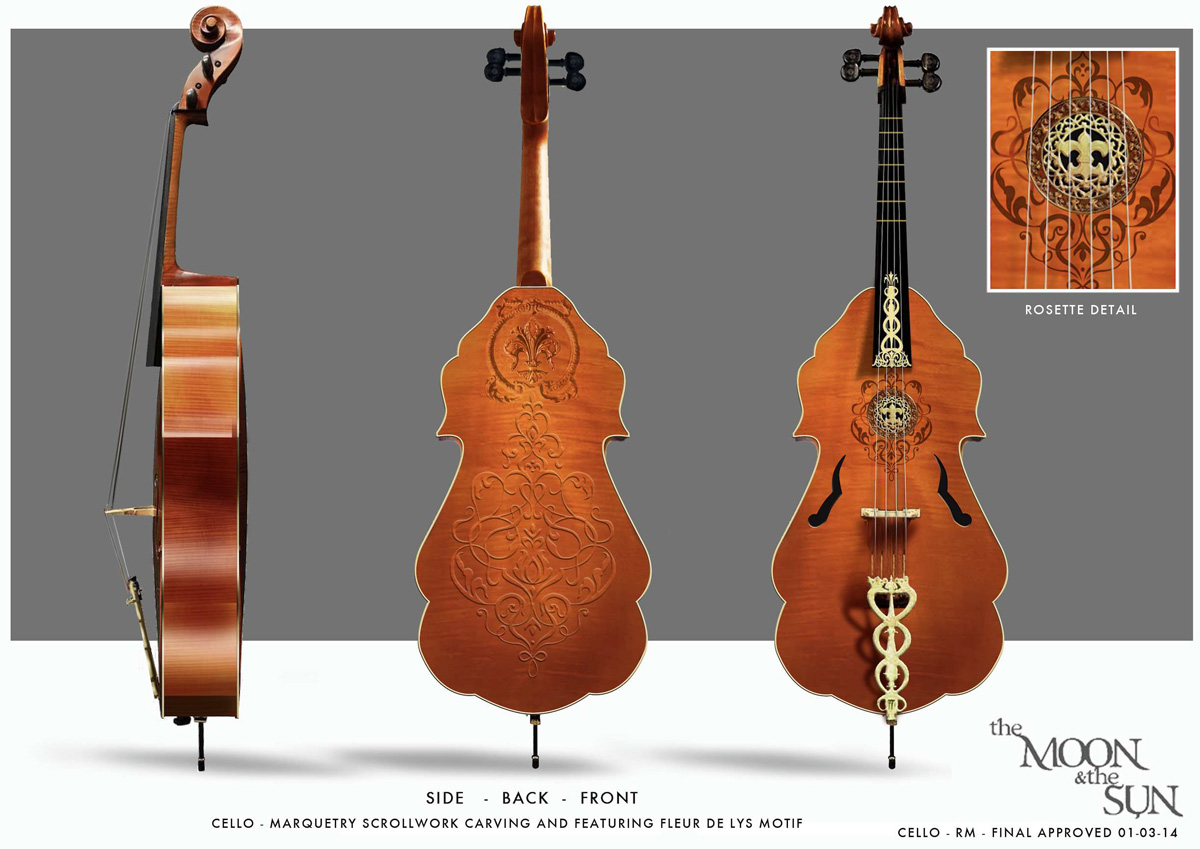 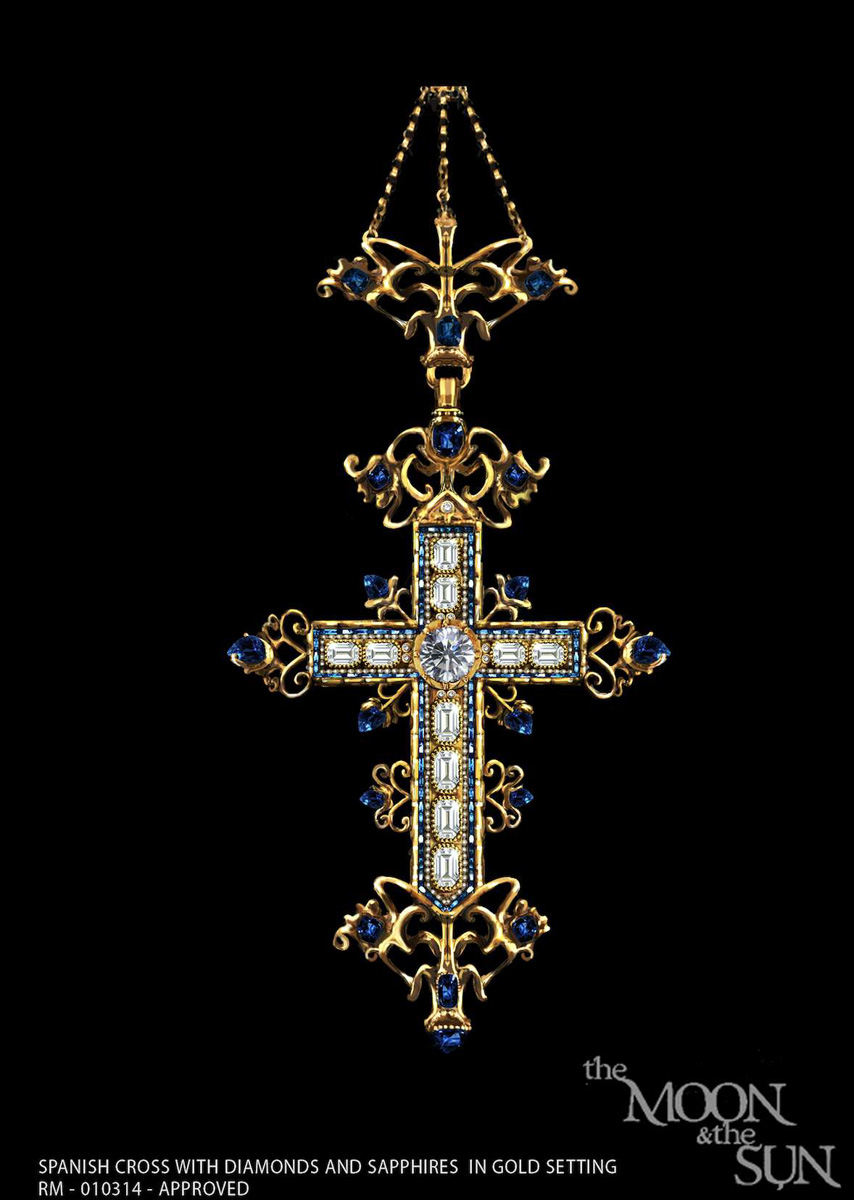 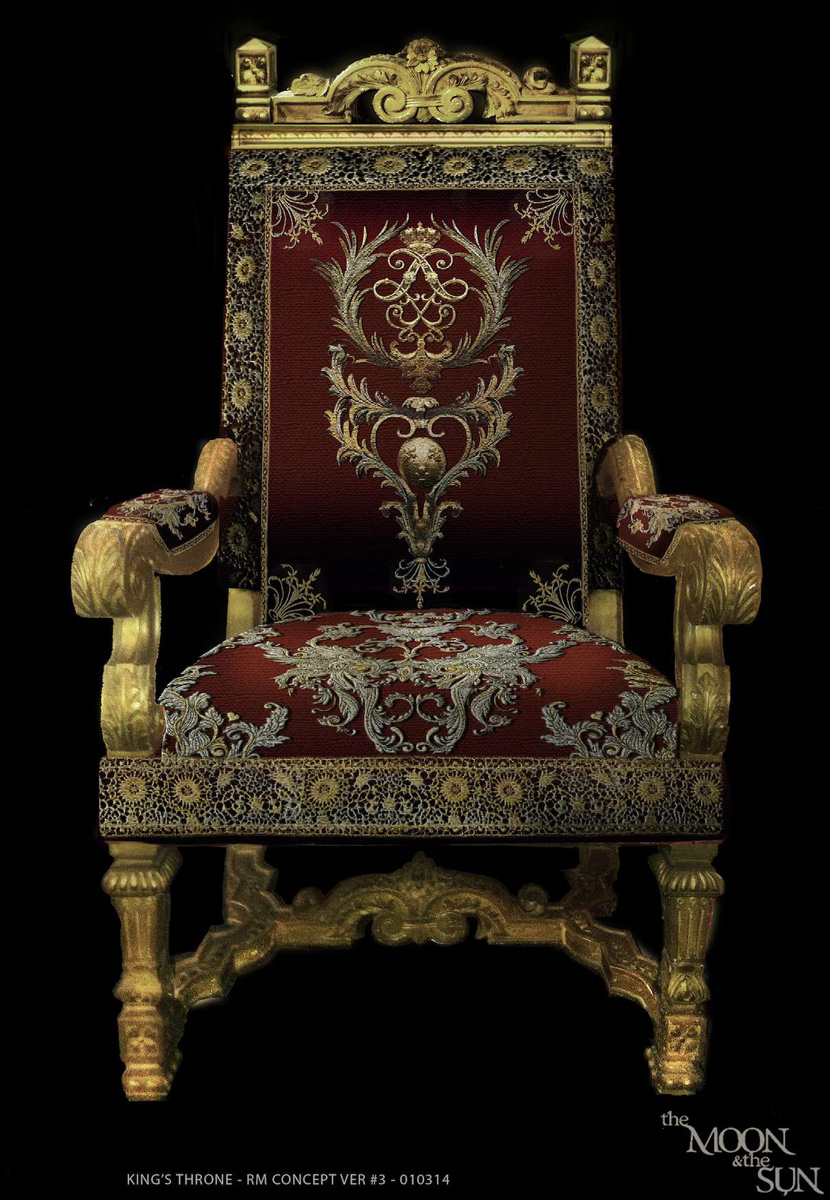 The Story, set in 17th century France, was to have a contemporary vibe in terms of the overall Production Design.

A modern veil wrapped around the Cinematography, Costume, Hair and Make-up design.

There were certain elements that the Director and Producers wanted to keep based in reality such as Instrument Design, Horse tack and Carriage style.

Prior to joining the project there had been a body of concept work comissioned by Producer, Bill Mechanic from Pandemonium Films.

I was fortunate enough to jump in prior to the first location scout at Versailles.
The first shoot day of The King's Daughter saw the key cast stride along the impressive herringbone parquetry flooring of the very embellished Hall of Mirrors.
The extensive gardens and surrounds designed by the then Landscape Architect of the time Le Notre and his team were to provide an incredible backdrop to the story.
An environment where one could move between folly and the Palace unseen. 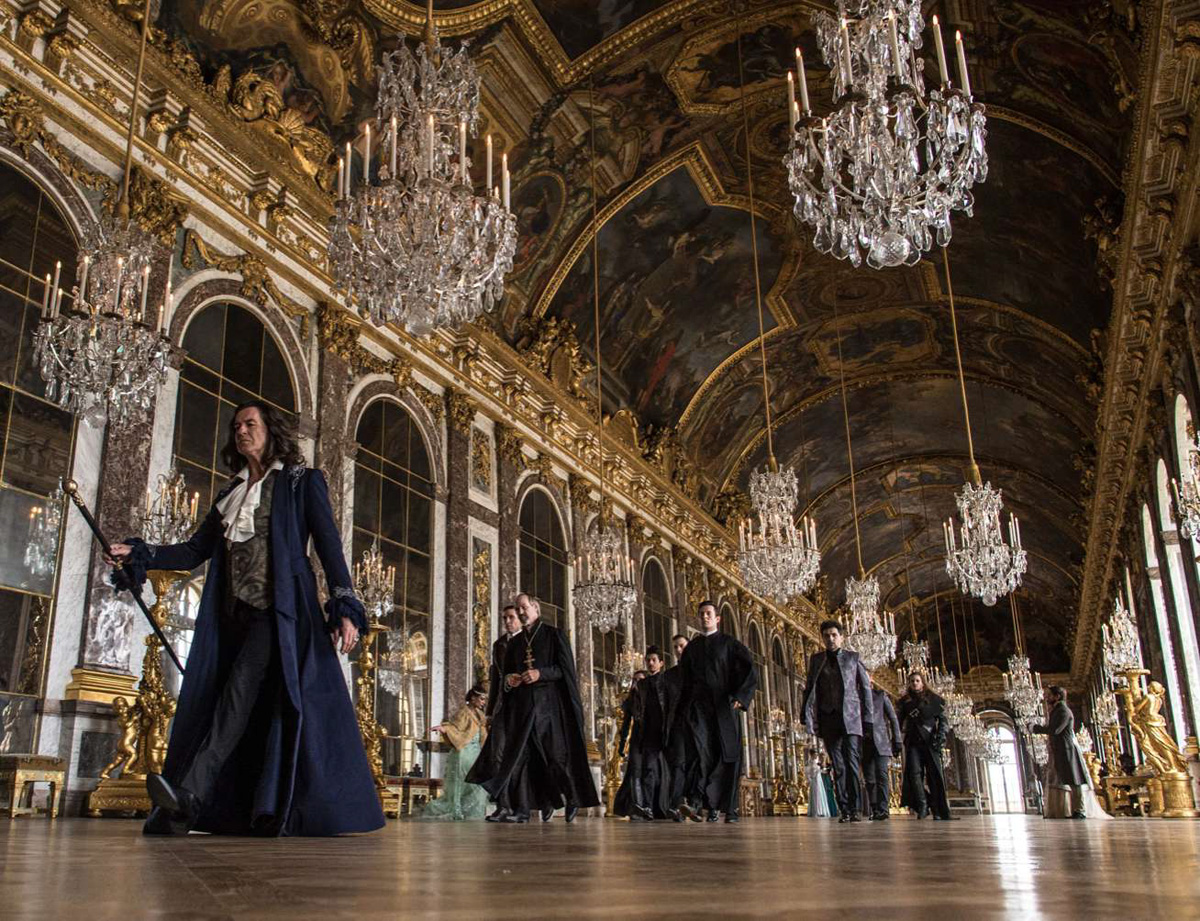 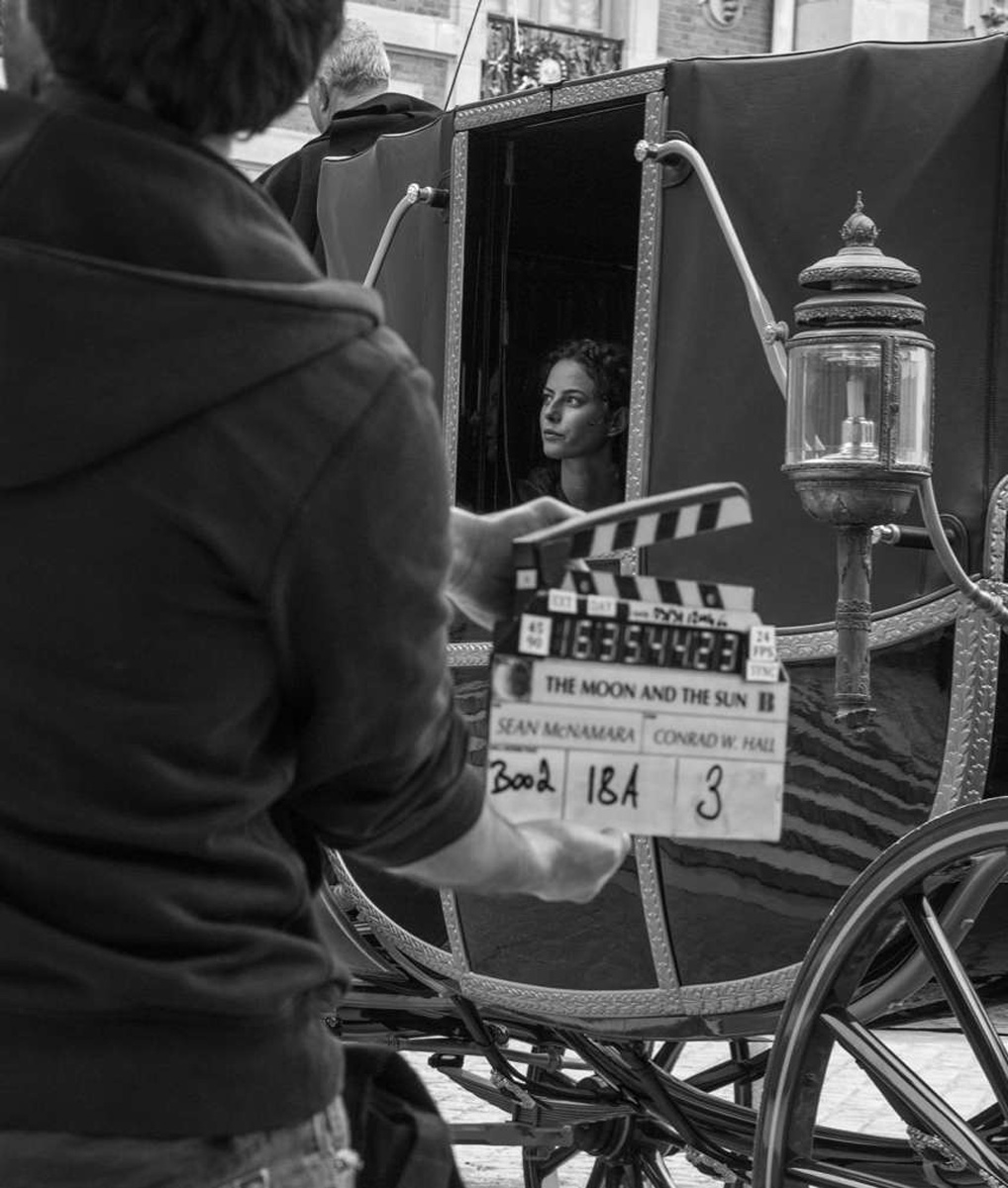 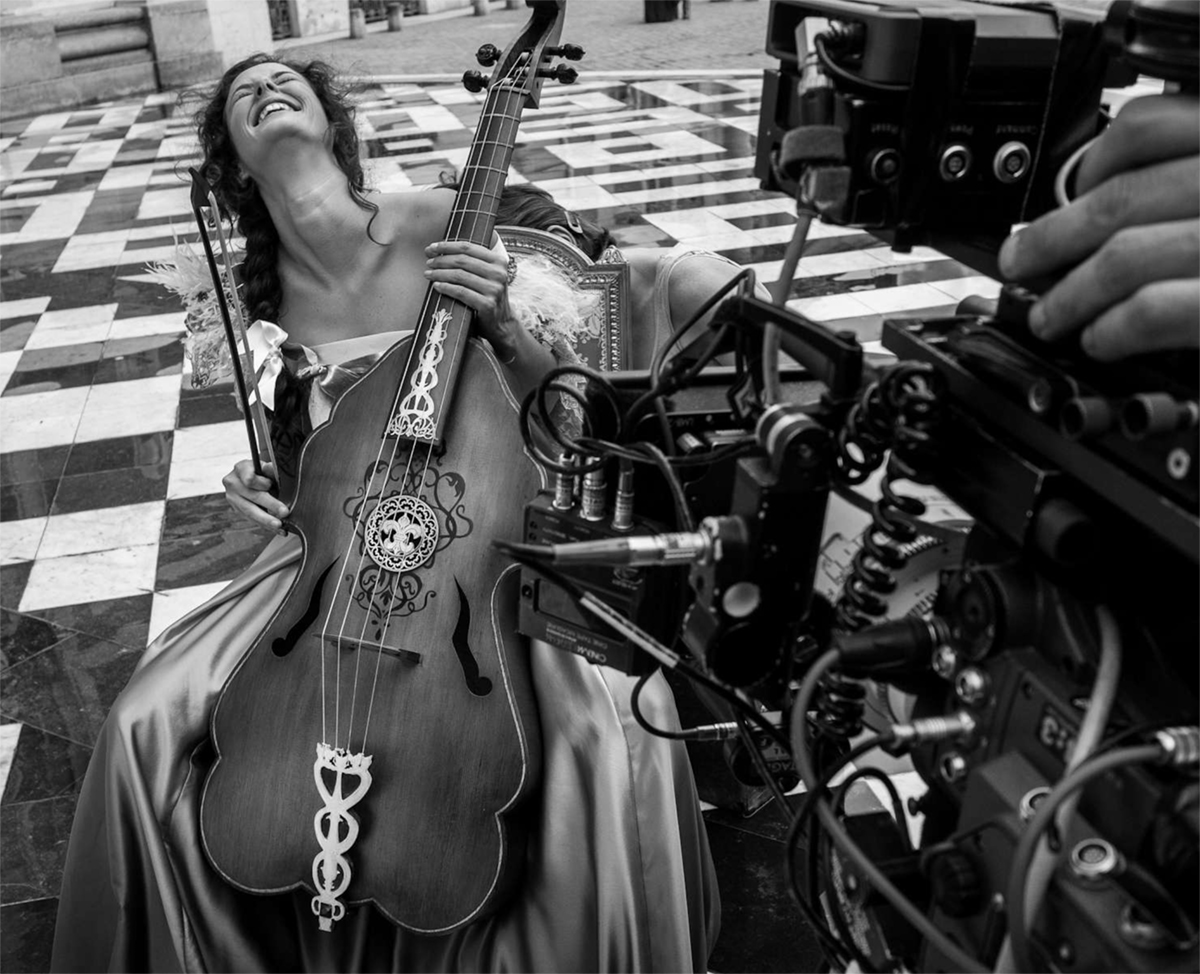 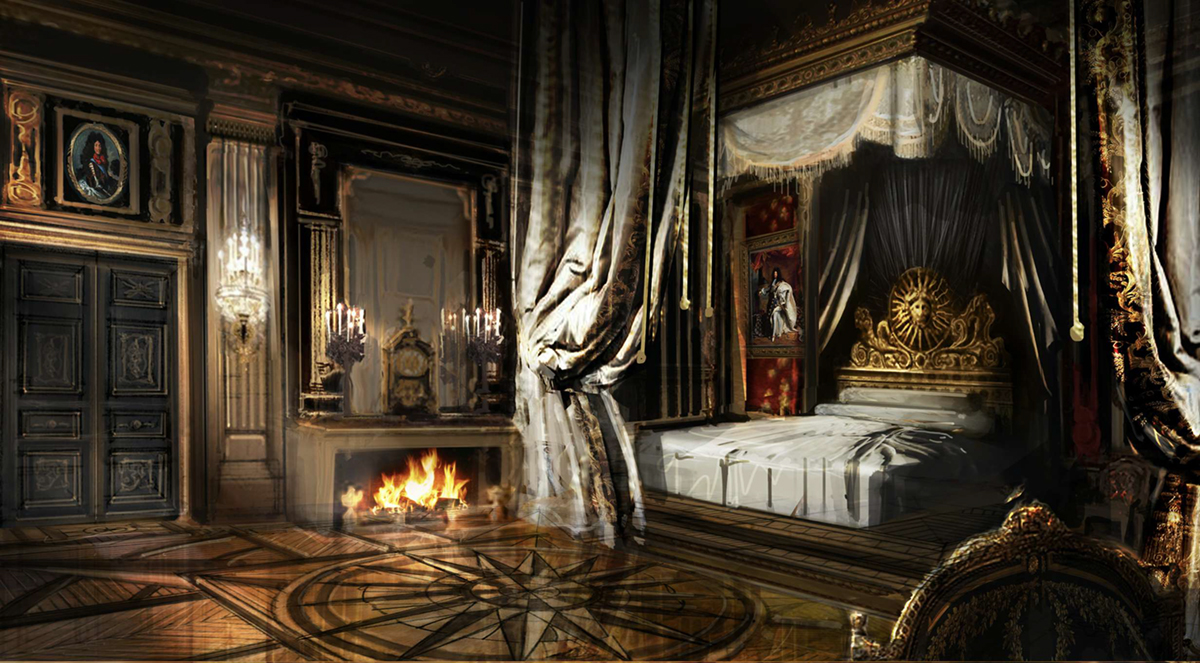 One of the challenges was to create sets and settings in the studio that gave the 17th Century Palace the accolade it deserved without allowing it to be taken to seriously.

The King's boudior was one such interior where Louis could entertain his  many female folk into the early morning and also have meetings with his colleague and confidant, Pere Le Chaise. 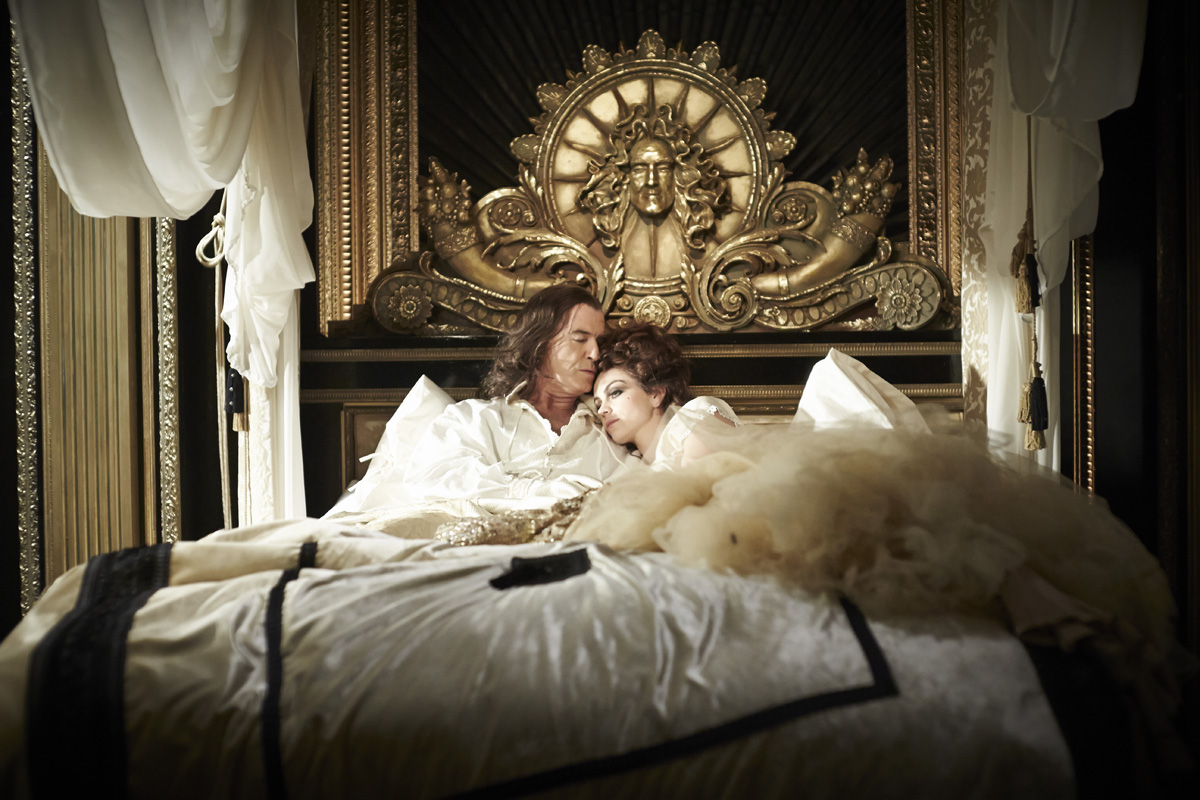 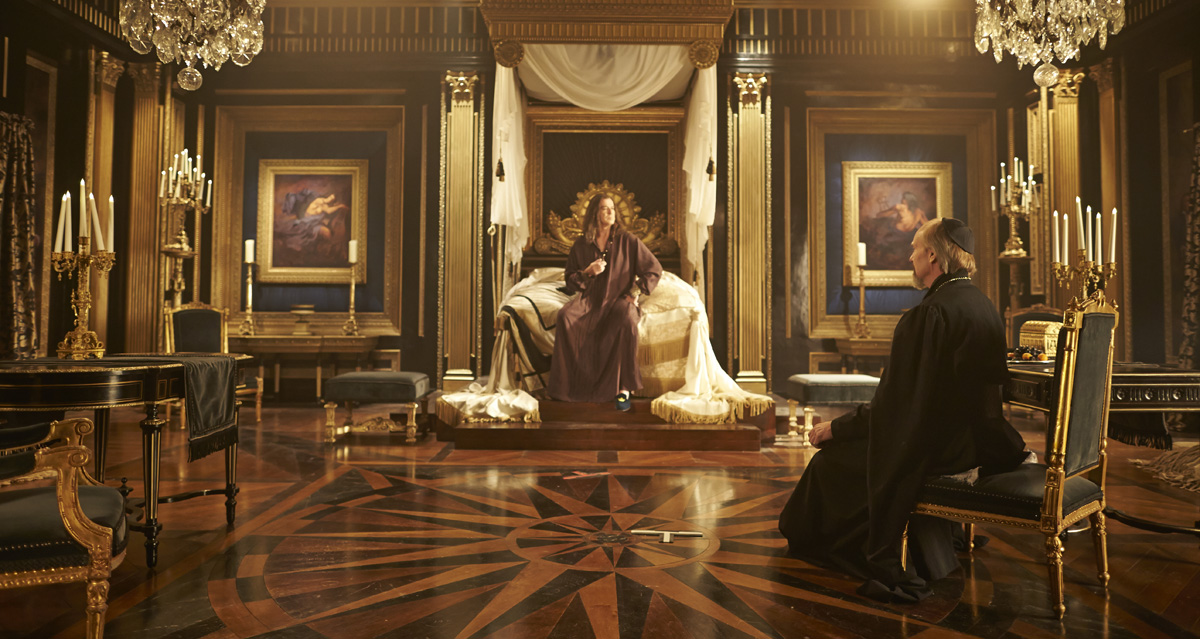 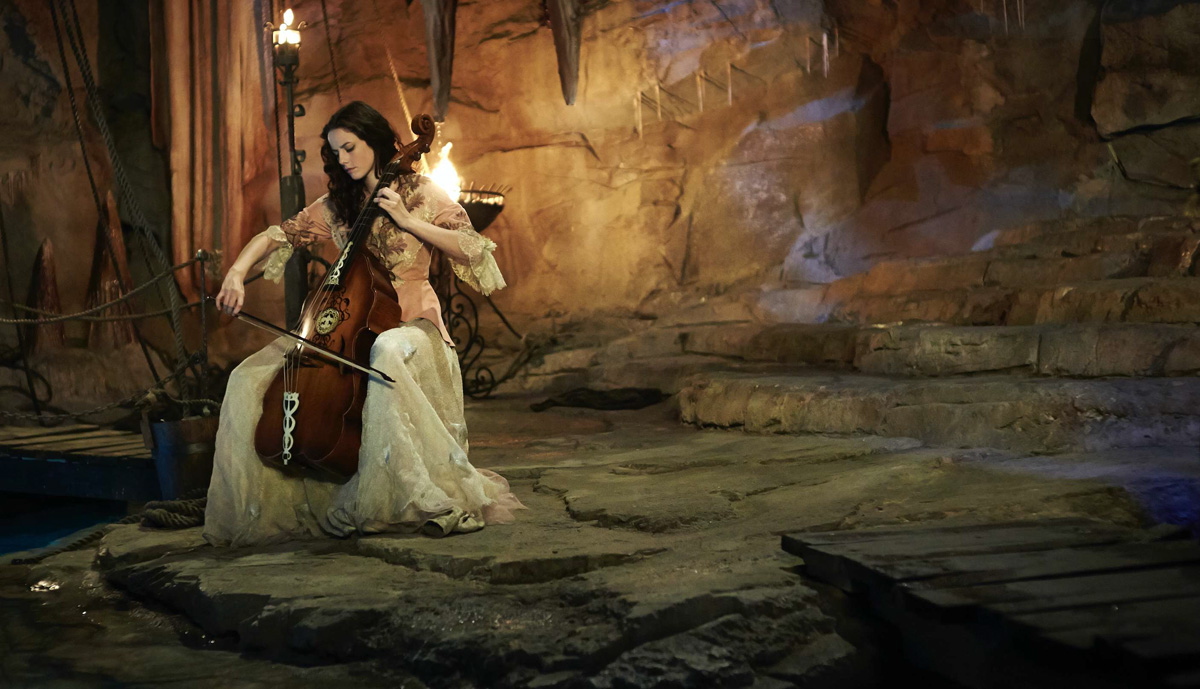 The Cavern set is an environment where Marie Joseph sings to the mermaid via her Viola de Gamba.

It was to be a magical and almost unearthly space where the two females built a strong relationship and in the end save each other. 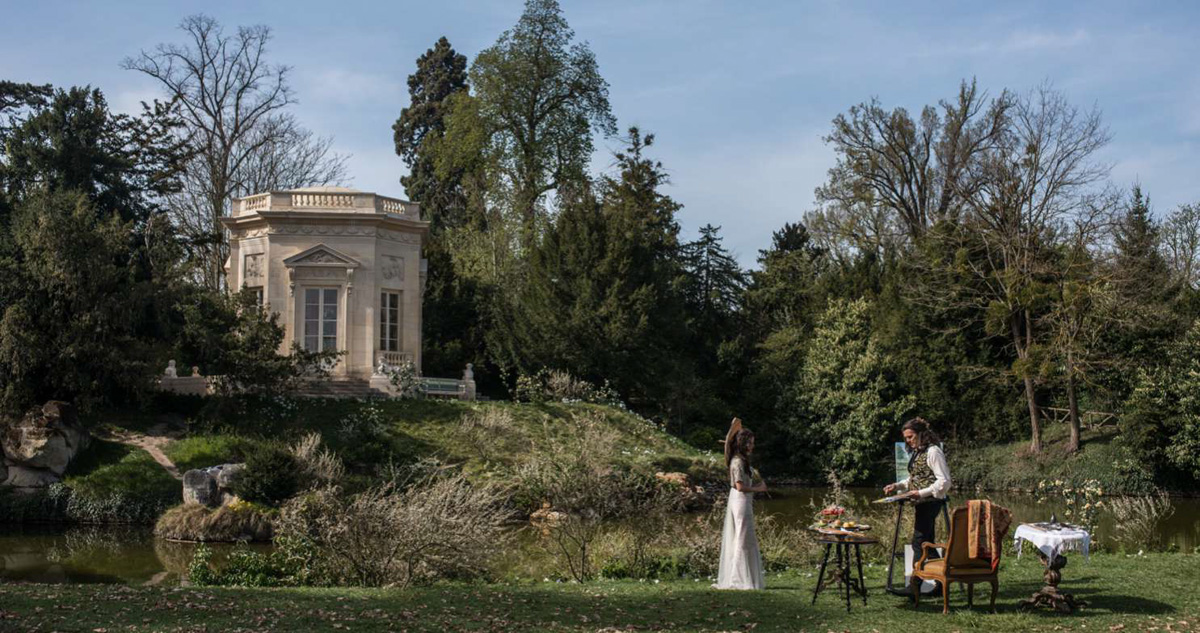 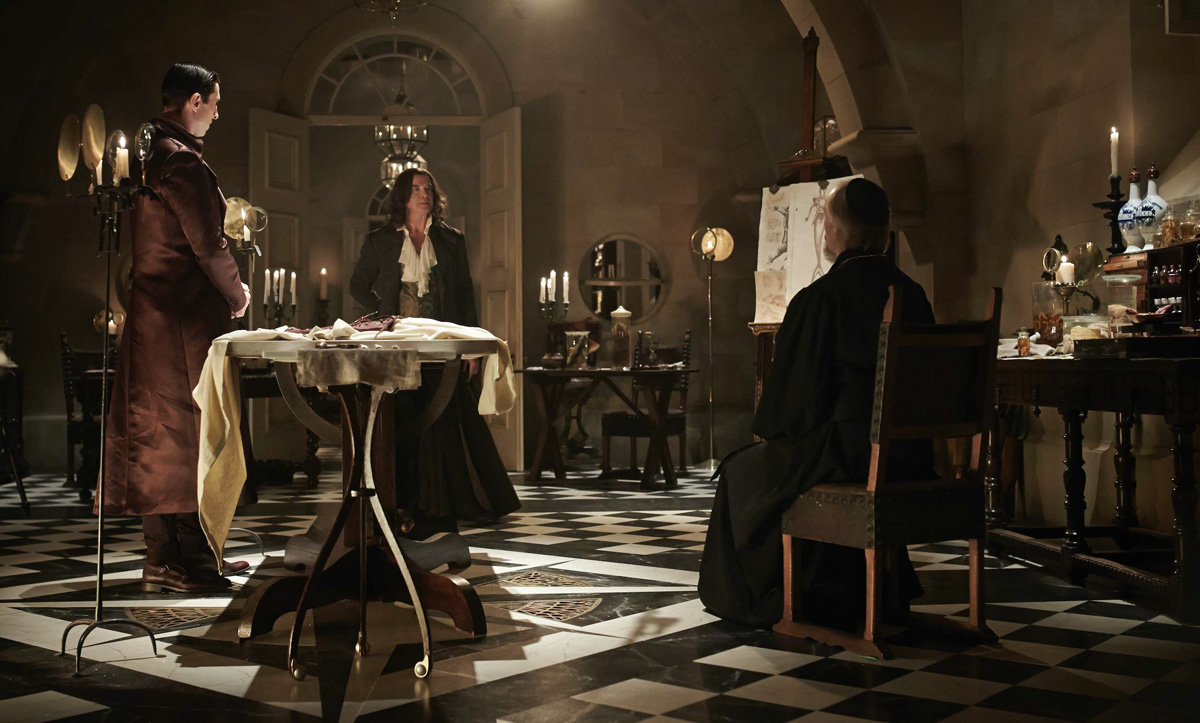